I would like to introduce a dessert store named New Dream to you. It’s my favorite. It’s within the walking distance of my home. So I go there regularly with my girlfriend. I like it not only because of its nearness, but also because of the better decoration and atmosphere in it, which greatly appeal to me. Most people who go there are local residents. The shop assistants have a nice service attitude. They often wear a smile on their face, which makes them really approachable. In terms of products, of course, the desserts it sells are awesome. I often end up having a fantastic and tasty afternoon tea there. Besides, the store owner always plays some famous classical music to calm the costumers down and gives an everyday topic for people to exchange opinions about. It is really interesting. 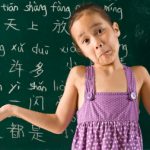 Ok, I am going to describe one of the popular cars in China, called forester, which is also my dream car. Forester is designed by one famous car company, Subaru. Even though the appearance of this car is average, it is really a good. It is a sports utility [ju:’tiləti] vehicle. So it has a stronger engine than ordinary car, which enables you to overcome most of the obstacle on the road. You can drive it both in the city areas and the mountain areas. It does offer you a sense of passion. That is exactly why it is my dream car. Besides, the space of this car is so large that you will feel comfortable when you are sitting inside.

You know, if you want to buy a car, one of the most important considerations is the safety. And then, forester may probably your first choice because it contains 6 air bags.

I really want to have a forester coz driving makes life much easier for me and my family members. But as an imported car, the price of forester is sky high to me, around 300 thousand RMB.

When I was a child, my classmates and I used to play yo-yo after class together. Actually I had many yo-yos with different colors and size, but my favorite one was a present from my father on a children’s day many years ago although I couldn’t remember how old I was exactly.

That yo-yo looked almost the same with the others. It consisted of a piece of string and a small spool [spu:l]. But it has different shapes, colors and designs. like those yo-yo specialists taking part in World yo-yo contests[kən’test] that I got to know on television. But I could only do the simplest play. It’s like this.

Bring your elbow [‘elbəu] down with a snap [snæp] as you release the yo-yo out. Then the yo-yo would go down. As soon as it reaches the bottom of the string, turn your hand over and the yo-yo will climb the string and return to your hand. It may sounds pretty easy, but it surely took me much time to learn, I mean it called for much training.

Some of my classmates were really good at playing yo-yo and could perform many tricks, such as “walking the dog”, “loop [lu:p] the loop”. We often held a competition after classes or at weekends. It was so much fun.

I made a simple kite[kait] for my cousin last week. Since I’d never made a kite before, I’d thought it must be tricky[‘tr ki:]. But it turned out that making a kite was actually just a breeze.

I decided on its shape first. You know, I just chose a flat one coz obviously it was the most basic form and could be easily around. Then I got a sheet of coloured paper and cut out the shape.

My cousin found some thin plastic[‘plɑ:stik] strips[strip] for me. I tied them together with a string[striŋ], which, apparently, would be the frame of the kite. After that, we made the “bridle[‘bra dl]”, which connected the frame to the control line. Finally, I glued[ɡlu:] the paper to the frame.

All set. Ready for the “maiden[‘meidn] flight”.

It flew [flu:] pretty well. Our hard work paid off.

I have no idea what happened to it later-maybe it got thrown[θrəun] away. My cousin is just 8-year-old, anyway…