I still remember a suit[sju:t] of school uniform, which is indelible[ n’deləbəl] in my memory. When I was in the kindergarten, there was a primary school near it. Every day, when I played with other kids I could see many students wearing in uniform studying in the school. The uniforms looked like sport suits. The upper was of blue with some white stripes on the sleeves[sli:v]. The trousers were in white. It seemed to me that the uniform was very attractive and I always dreamed to be one of the pupils[‘pju:pəl] and wore [w :, wə r] the same uniform as them. Then, two years later, I really became one of the primary school students and got a suit of uniform. I dressed in it every day no matter in school or home. To me, it was not just clothes but a kind of indication, which showed that I was a formal student in an academic school. And I could always feel that I was growing up with it. 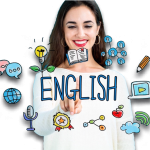 I’d like to talk about a time I took part in my cousin’s wedding ceremony. My cousin, who is now working in Guangzhou, is one year older than me. She got married 4 years ago during national day holiday. And I felt happy for her.

The wedding reception was held in a big restaurant near the downtown area. The moment I entered[‘entə] the restaurant, I saw a big wedding photo at the entrance of the banquet[‘bæŋkwit] hall and I loved the way the restaurant was decorated, you know, the ribbons[‘ribən], the white and pink[piŋk] roses and colorful balloons[bə’lu:n]. (where)

All the guests had arrived before the wedding feast kicked off. (who)

About half an hour later, my cousin in her beautiful white wedding gown[ɡaun] went up onto the stage with her husband,who looked pretty handsome when we were enjoying those great delicacies[‘del kəsi:] on the table. (what happened)

And then, as the wedding host instructed, they were holding their hands cutting the cake, and pouring[p :] the champagne down into the cup tower before they  exchanged the ring and kissed each other. (what happened)

Afterwards, interestingly, my aunt was so thrilled that her voice was trembling[‘trembl] when she was making a speech, which is so emotional. She said that it had been one of the most meaningful days in her entire[in’taiə] life. (What happened)

If I hadn’t attended my cousin’s wedding ceremony, I would definitely be full of regrets since she and I are so close. And each time my cousin came back, my aunt kept nagging about her marriage. But now, Since my cousin has found her true love, my aunt needn’t worry any longer.